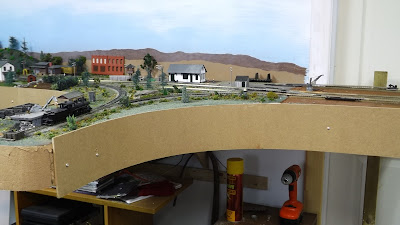 Westport and the extension of the wye. The red warehouse flat in the background is some of the spare parts from the Delta mill. There are only the four spare windows though. Not a problem as Tichy makes windows just that size. 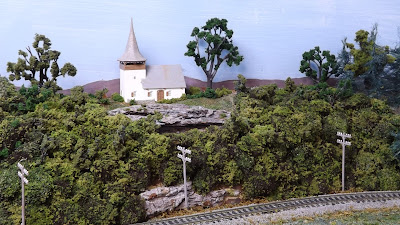 This N scale church is all thats left of Crosby and Newboro. The rocks are the bark mentioned earlier. I don't think I said but after all my efforts into making these, my buddy just gave a very light spray with the grey primer and got the same result. They look quite good I think. 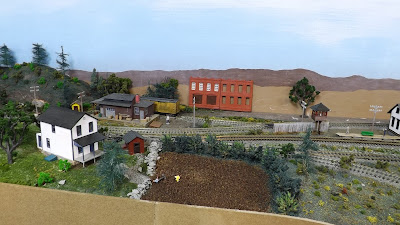 Here's the farmhouse just out of Westport. The ploughed field is dry tea leaves (previously enjoyed). 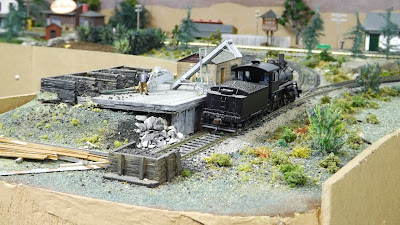 One last pic of the coal dock.

Currently I'm working on the Athens section and have a control panel made and the beginning of Lyn.

More on that later.