We have a student at work putting in his steam time, and I was showing him the blog pics and realised how much is missing. 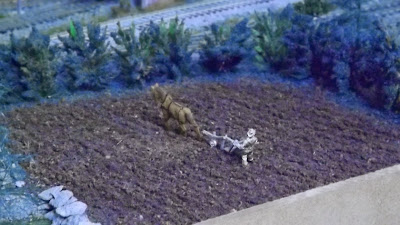 Ploughing the field in Westport. The plough and man still need painting. Woodland Scenics kit. I was at a show in Massena NY the other week and I saw one field that was corrugated card with dirt cover. Our earth is previously enjoyed tea bags (the bag itself makes great tarpaulins). 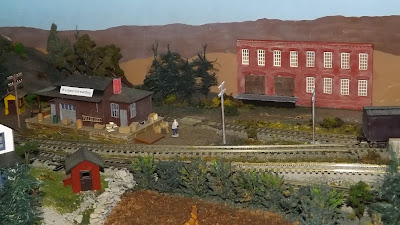 You have probably noticed there is a dearth of signage. Very white I know, nor is it actually glued on yet as I'm still undecided on whether I like this or no. The flat is left over parts from the Delta mill kit. with some Tichy windows. 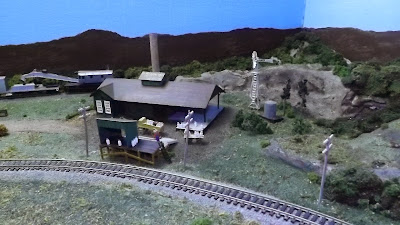 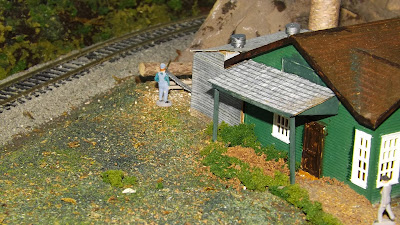 A couple of shots of Forfar Dairies. I have signs made up for this too. The work printer is black and white and my printer doesn't speak Linux, hence the current lack. the windmill is another WS kit, and I made the saw from brass wire and card and sawbuck behind the boiler room. The log is Christmas tree. 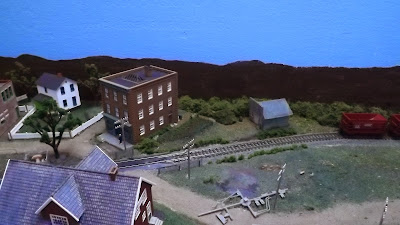 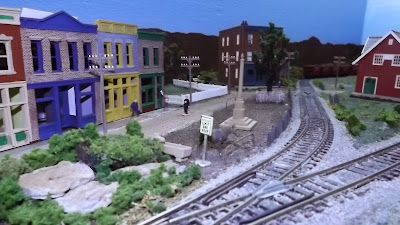 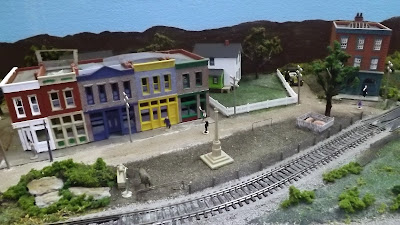 It's hard to see in the pic but Luigi's restaurant has a veggie garden by the kitchen door, picket fence around the Doctors house with his car in the road. In the center pic is Steve's sense of humour. The sign by the hitching rail says 'Parking limit one hour' 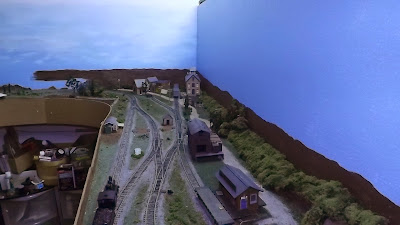 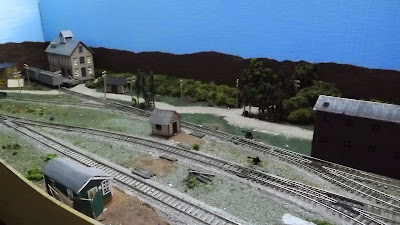 Delta has come along too, with roads and telephone poles. 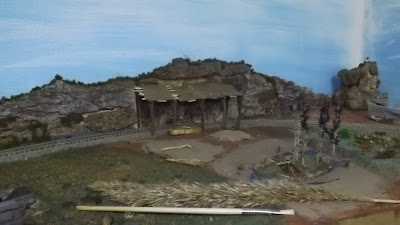 Here is the beginning of a snow shed around where Soperton will be with bark rocks. 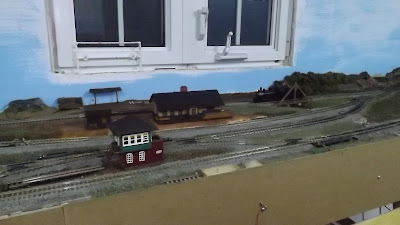 .
And finally, Athens as it stands now.